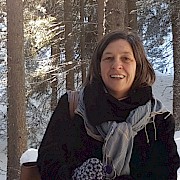 Cynthia Dunning Thierstein is Director of ArchaeoConcept and responsible for heritage management projects. She is an archaeologist, specialising in the Iron Age. She submitted her doctoral thesis in 2005 on the theme of the Early Iron Age in the Jura (University of Geneva). After her studies in Geneva and Marburg an der Lahn (Germany), she became assistant of Prehistory at the University of Geneva. From 1989 to 1998 she was director of the Schwab Museum in Biel and from 1998 to 2010 of the Archaeological Service of the Canton of Bern. Since her studies in the 1980s, Cynthia Dunning Thierstein has been interested in the theory of archaeology and its management. She set up a new organisation for the Archaeological Service in the Canton of Bern and developed this service to ensure efficient management of archaeology from the inventory to the mediation. Till 2011, Cynthia Dunning Thierstein was actively involved in the management of the Europae Archaeologiae Concilium, a non-governmental association bringing together archaeological managers from all over Europe, which organises colloquia and defines the issues of contemporary archaeology for this geographical region. In 2011, Cynthia Dunning Thierstein creates ArchaeoConcept. She is a member of numerous national and international associations (ICOMOS, ICOM, EAA, AS, AGUS, ARS). She was vice-president of the association Palafittes for the inscription of Pile dwellings around the Alps on the UNESCO World Heritage List and a member of the AS (Swiss Archaeology) committee until 2012. In 2012 she obtained her MAS in cultural management at the University of Basel. She is an ICOMOS-ICAHM expert. 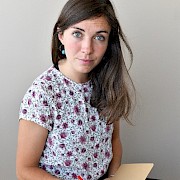 After completing a BA degree in ethnology and human geography, Camille Aeschimann obtained a MA in social sciences with a specialization in anthropology of the public policies at the University of Neuchâtel, Switzerland. During her MA, she focused on the tensions emerging in any social change projects driven by NGOs or associations and that involve groups with often distinct interests. In 2016, she had the opportunity to carry out a five-month ethnographic field in Uganda by integrating a local NGO. She studied the implementation of a participatory project about human rights in the context of the future oil exploitation and worked with rural communities in the western part of the country (Bunyoro). Today, she is working at ArchaeoConcept as an anthropologist and project collaborator for the Salons archéologiques project that aims to understand representations of the swiss population regarding archaeology and heritage. At the same time, she works for an association active in the field of mediation that raises awareness about expressions of religious and cultural diversity in Switzerland organizing thematic visits of cultural and historical sites for a large public. 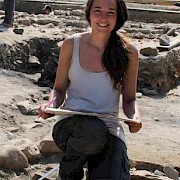 Aurélia Basterrechea has been a scientific collaborator at ArchaeoConcept since May 2017. She holds a Master of Arts degree in Museum Studies and continues her studies by specializing in pre and protohistoric archaeology with a second Master's degree. Interested in the enhancement and transmission of heritage, in the summer of 2016 she wrote her first critical thesis questioning the enhancement of the archaeological heritage of Sion in Valais. At the same time, she is a member of the committee of the Association Valaisanne d'Archéologie and the Association des Jeunes Archéologues de Martigny, where she leads workshops and gives archaeology courses in primary classes in Valais. She has participated in several excavation campaigns in the canton of Vaud, Valais and Kerma in Sudan with the Swiss Archaeological Mission. Within ArchaeoConcept, she mainly manages the Sites of the Month project but also carries out research on popular science via digital platforms such as Youtube and social networks. 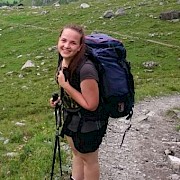 The role of the Scientific Committee is to monitor the scientific quality of the proposed projects. It is also active in the search for potential projects for the company. It is made up of people who play an important role in the management of the archaeological heritage and in international cooperation.

Our scientific committee includes Margaret Gowen Larsen, member of the EAA committee, Marc-Antoine Kaeser, Director of Laténium (Neuchâtel) and Associate Professor at the Chair of Prehistoric Archaeology at the University of Neuchâtel, and Mirko Novak, Extraordinary Professor of Near Eastern Archaeology at the University of Bern and President of the Swiss Society for the Study of the Ancient Near East (SGOA).